WHO'S WHO IN WONDER WOMAN 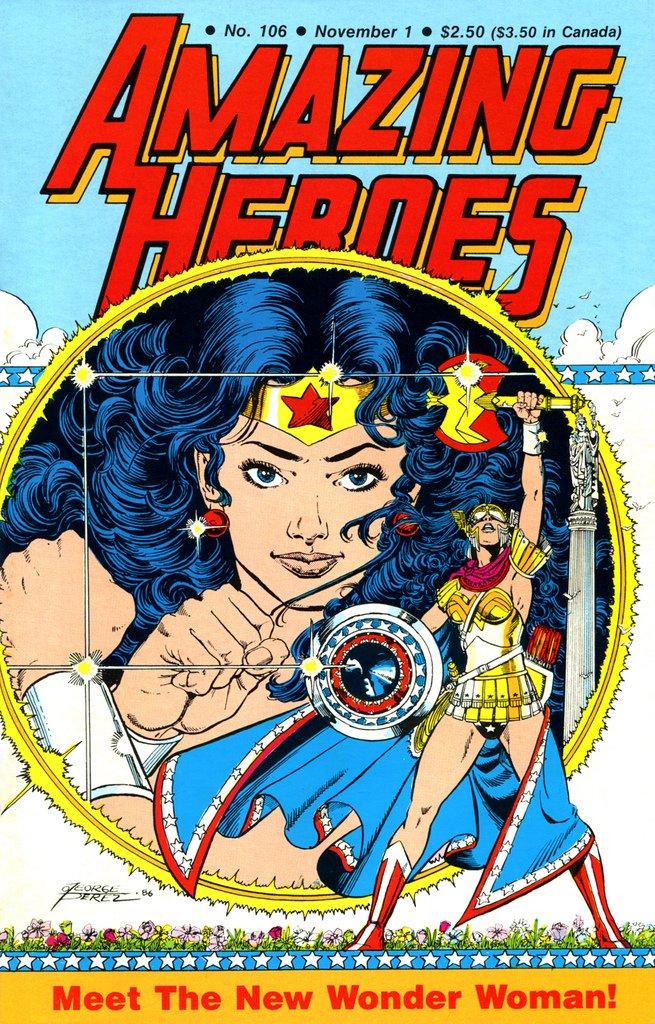 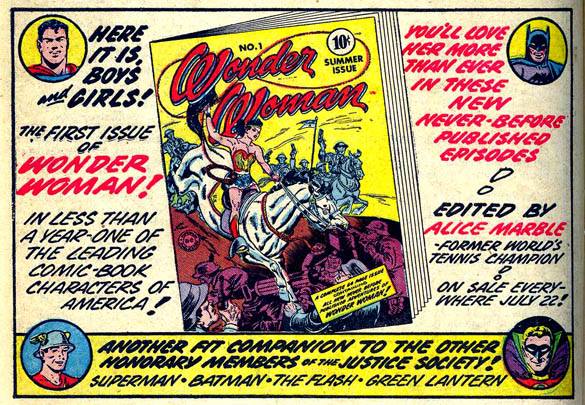 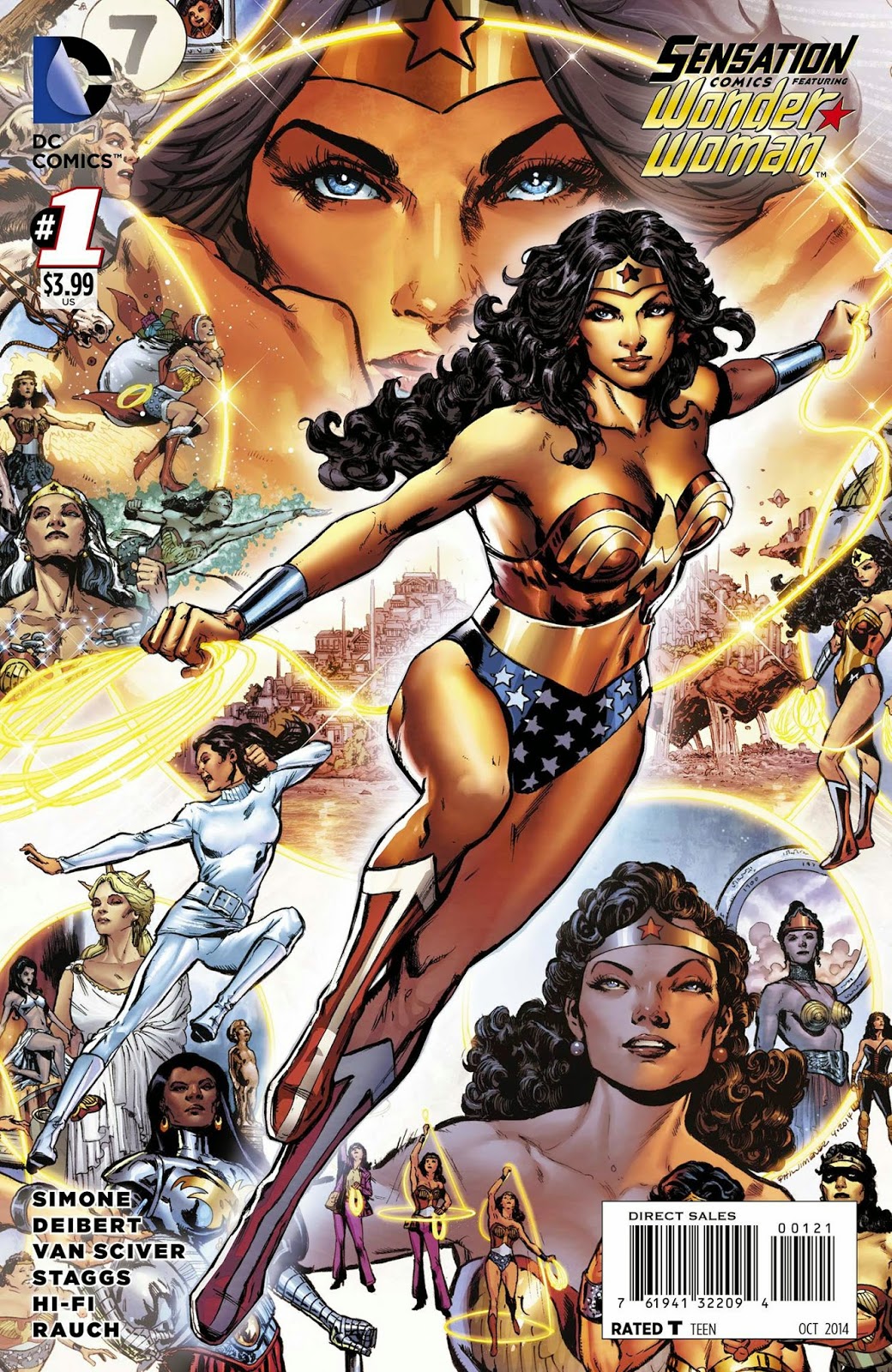 
When Diana was 12 years old, the Amazon sorceress Magala noticed how lonely young Princess Diana was for being the only young girl on an island of adult immortals. Using her Magic, Magala took a fraction of Princess Diana's soul and used it to animate Diana's reflection into a magical twin. An identical mystic doppelganger became Diana's playmate and constant companion.

For 6 months the two girls were inseparable having adventures together all over Themyscira. But an old enemy of Queen Hippolyte- "Dark Angel' kidnapped the twin mistaking her for the real Diana. Dark Angel placed Donna in a state of suspended animation for years caught in a timeloop. Dark Angel did this to drive Hippolyta insane because she is spiritually linked to her daughter, Diana. But since the doppelganger is not really Diana, this did not happen. Having endured the torment of the timeloop, the doppelganger's spirit was purified and strengthened allowing it to escape the timeloop. It was instead, reborn in Patriarch's world.

Just as the Amazons of Themyscira are reincarnations of women who died unjustly before their time, the mystic twin's spirit was also reborn in Man's world. Reborn as DONNA HINCKLEY, the only daughter of a young cancer-stricken woman named DOROTHY HINCKLEY who put up baby Donna for adoption. But all did not go well as Donna was adopted by the Staceys then subsequently returned when their breadwinner, Karl died...only to end up in the clutches of a criminal organization that wanted to sell baby Donna in the black market. But the unrented Apartment the organization hid in burnt when the building's furnace exploded.

Everyone died except Baby Donna.

As the room burned around her, the goddess Rhea of the Titans of Myth saved Donna from the fire and brought her to their planet on New Cronus, nurtured her as one of their own and named after one of the great cities in ancient Greece that gacve them worship: Troy. She was subsequently returned to Earth to the same moment and place they plucked her from- where she was rescued by Princess DIANA of Themyscira, now known as WONDER WOMAN. Donna was brought to be raised and trained on Themyscira where she was adopted by Queen Hippolyta as Diana's sister (unaware of their actual connection) Not long after, Donna followed Diana into 'Patriarch's World' where, inspired by her sister, she became WONDER GIRL and used the civilian identity of 'Donna Troy and helped form the original Teen Titans. Years after, she married a history professor but continued her role as a superheroine.


Soon after, Dark Angel who kidnapped her years earlier attempted to destroy her once more. But with the combined efforts of The Flash, Queen Hippolyta (who was Wonder Woman at this time) and Diana (who was the goddess of truth), Donna was rescued from the clutches of Dark Angel and regained her Amazon Powers. It was also discovered around this time that Donna in her previous life was born of magic on Themyscira as Diana's sister and thus a spiritual sister of Diana's.


The restoration of Donna Troy led to her acknowledgement as member of the Themysciran Royal Family and her coronation as "Princess Donna of Themyscira". A year ago, Donna Troy briefly took on the mantle of "Wonder Woman" when Diana left that role when she went soul searching. But Donna eventually gave back that role to Diana and returned to her own heroic guise.

Recently, Donna Troy was urged by her sister, Wonder Woman to join the Justice League of America and become part of the greatest team of metahumans ever. Donna joined and has become one of the team's most essential new members. She has recently aquired a silvery-blue Magic Lasso of persuasion. Her new lasso's full powers have yet to be seen.


Powers: Superhuman Strength, Speed and Agility that allows her to deflect weapons with her Amazon bracelets, the Power of flight.

Arsenal: Magic Bracelets that can deflect bullets and various other weapons.
As Wonder Girl, she once had an indestructible Golden lasso. But unlike Wonder Woman's, Donna's golden lasso did not possess truth-compelling powers.
Recently, Donna Troy has obtained a silvery-blue 'Lasso of Persuasion' that allows her to make anyone bound by them obey her bidding. 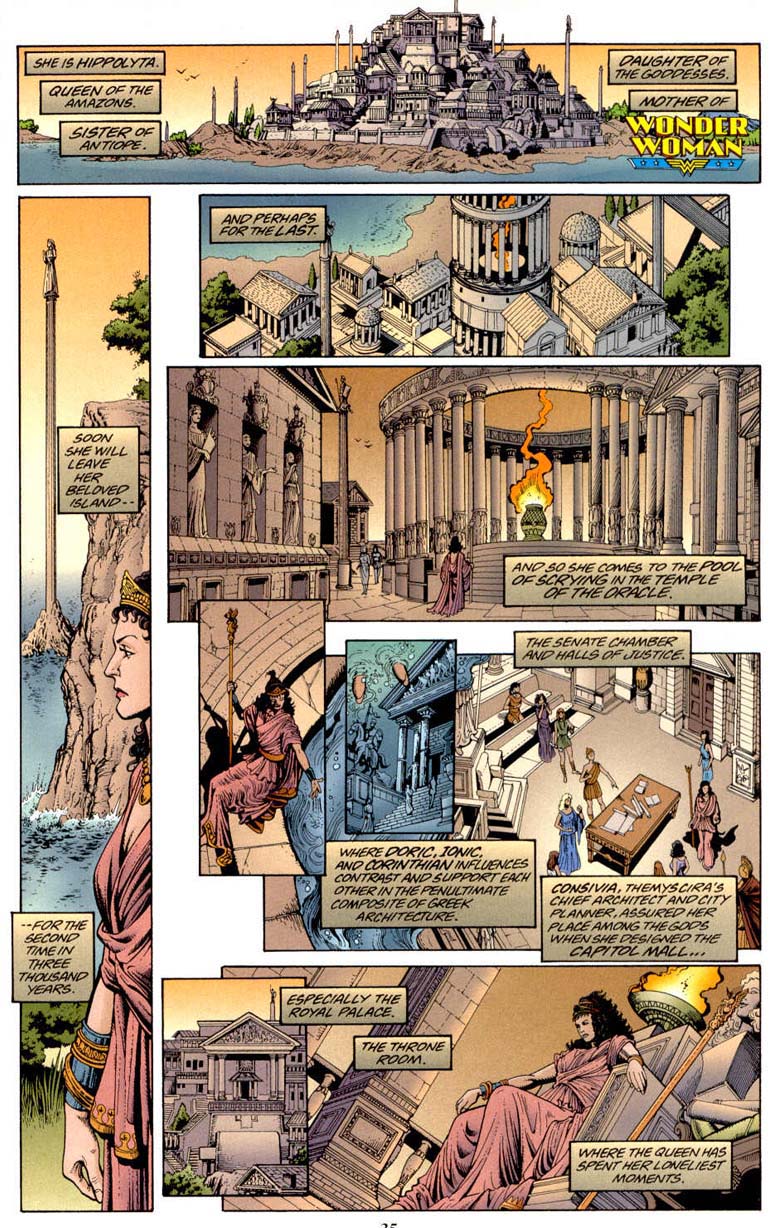 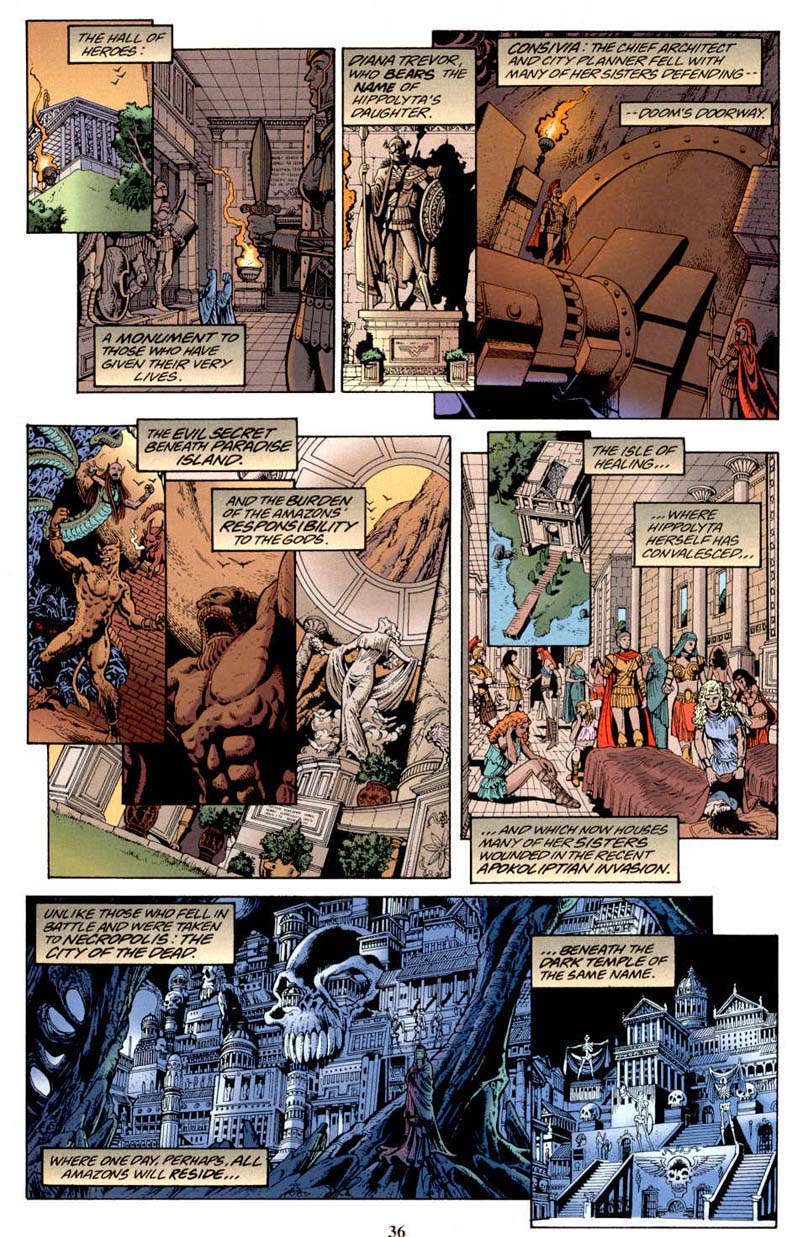 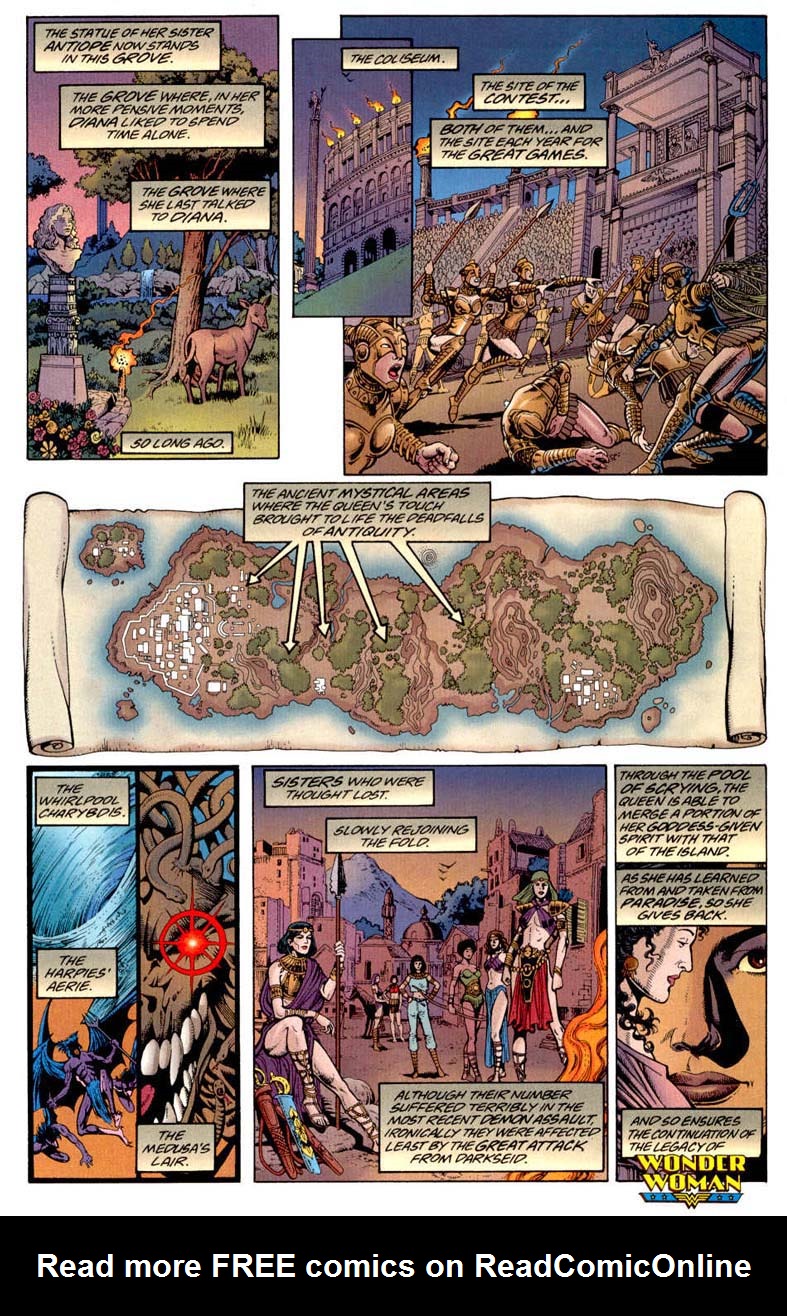 PRE-CRISIS MAP OF PARADISE ISLAND, HOME OF THE AMAZONS
(From "Wonder Woman Spectacular (1978") 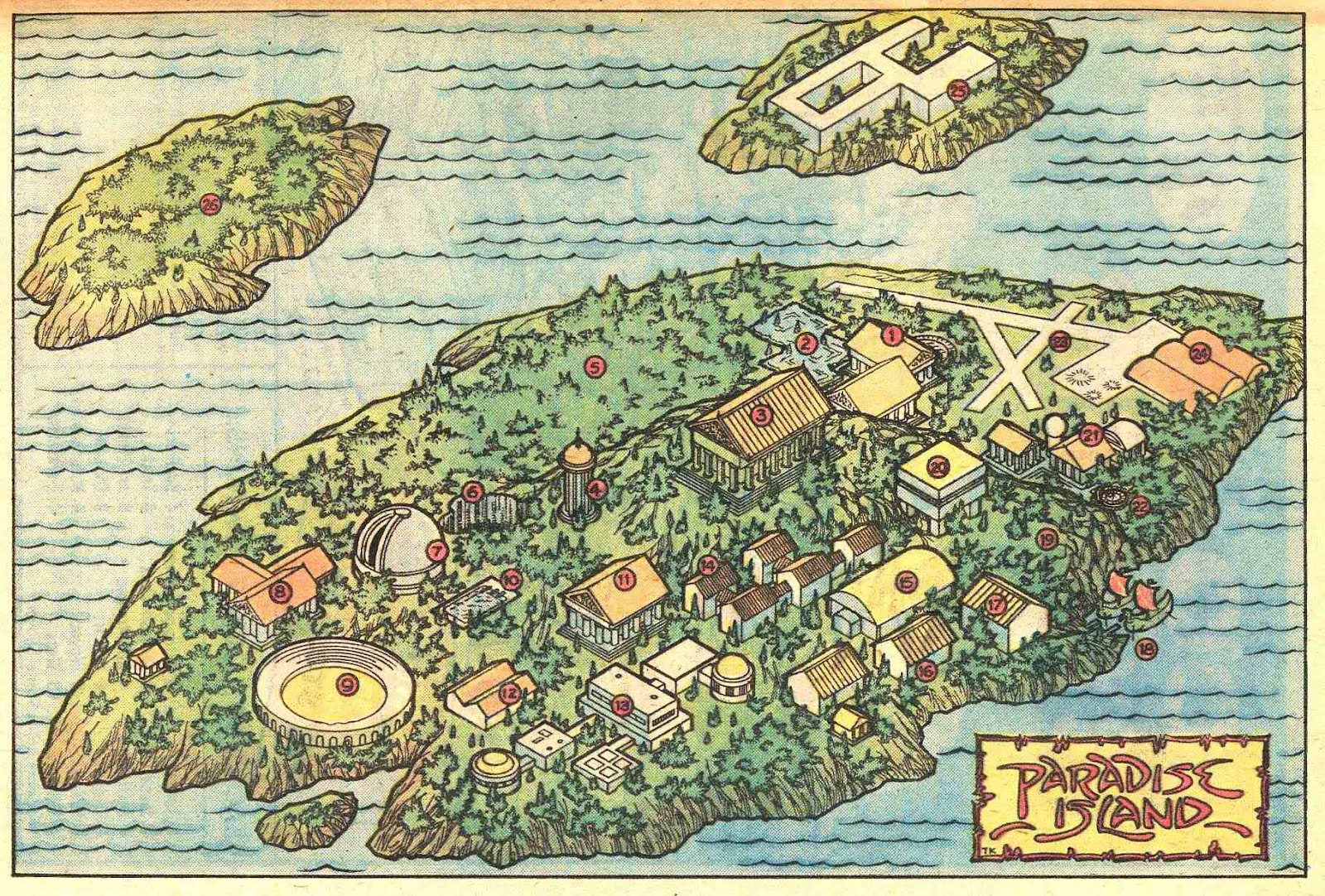 THE AMAZONS OF THEMYSCIRA, PARADISE ISLAND 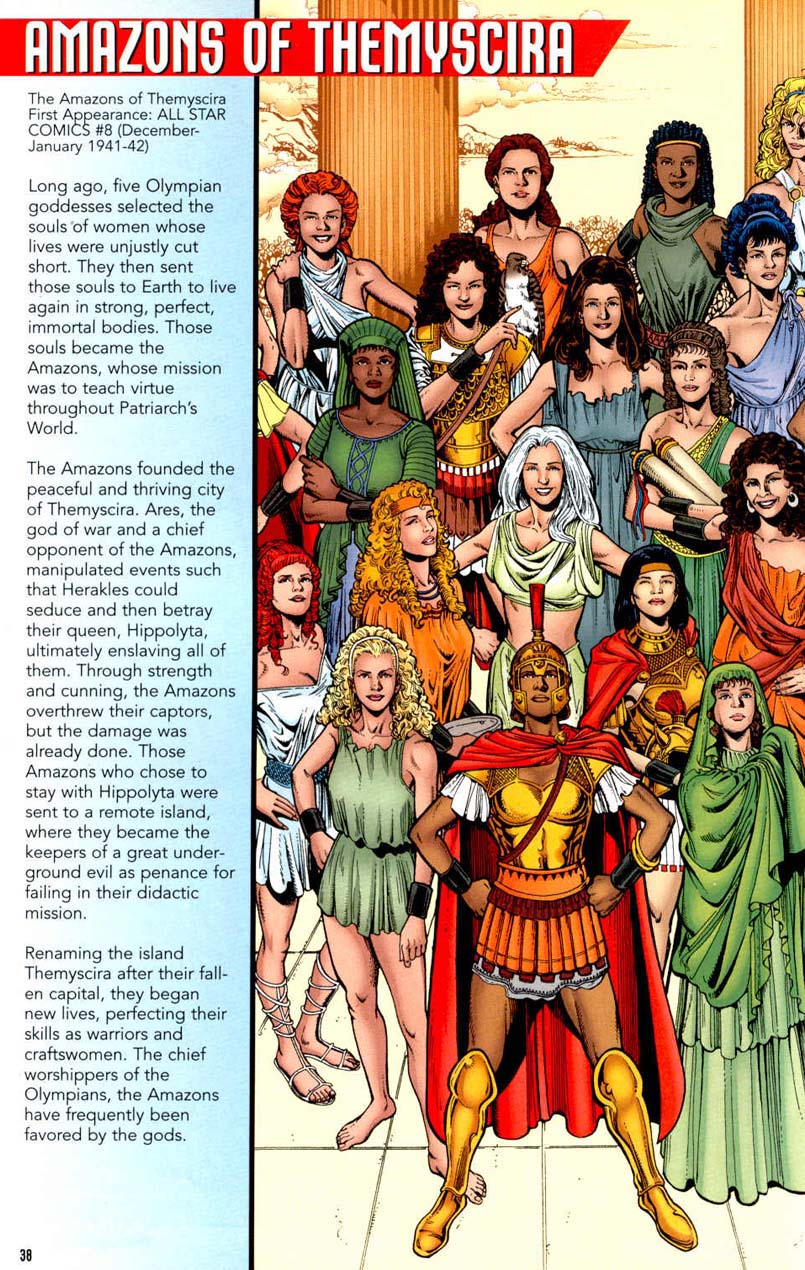 CODE OF THE AMAZONS 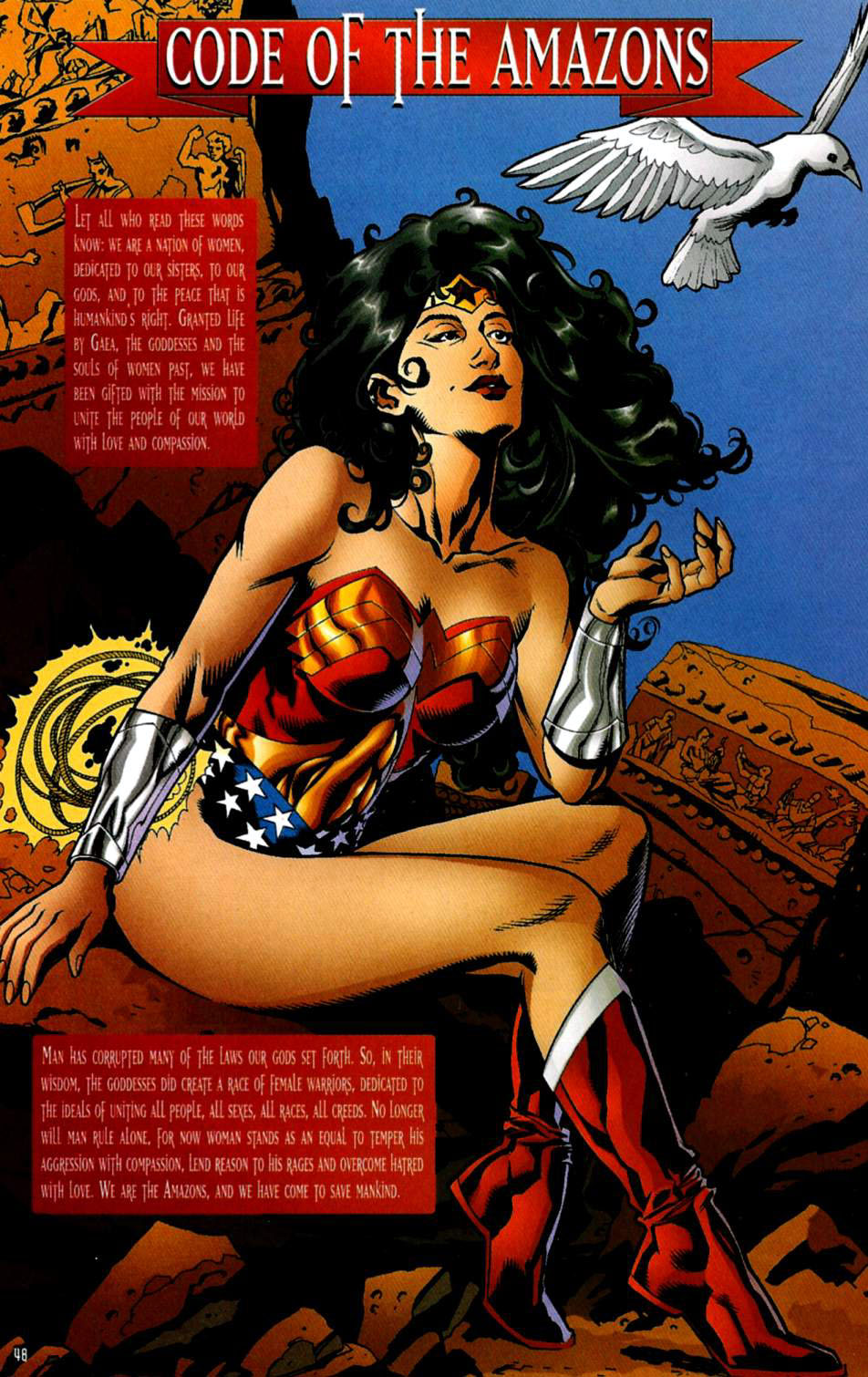 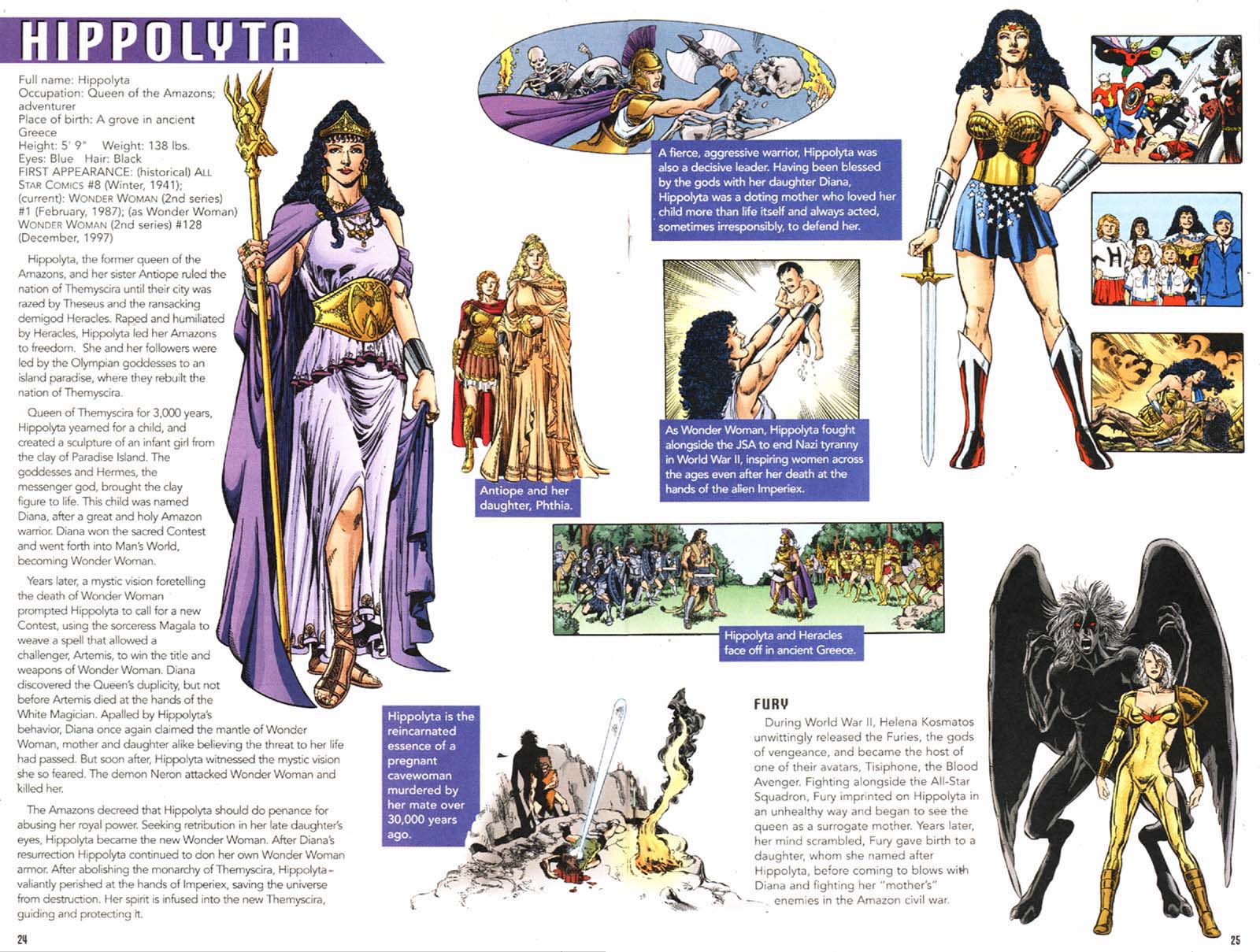 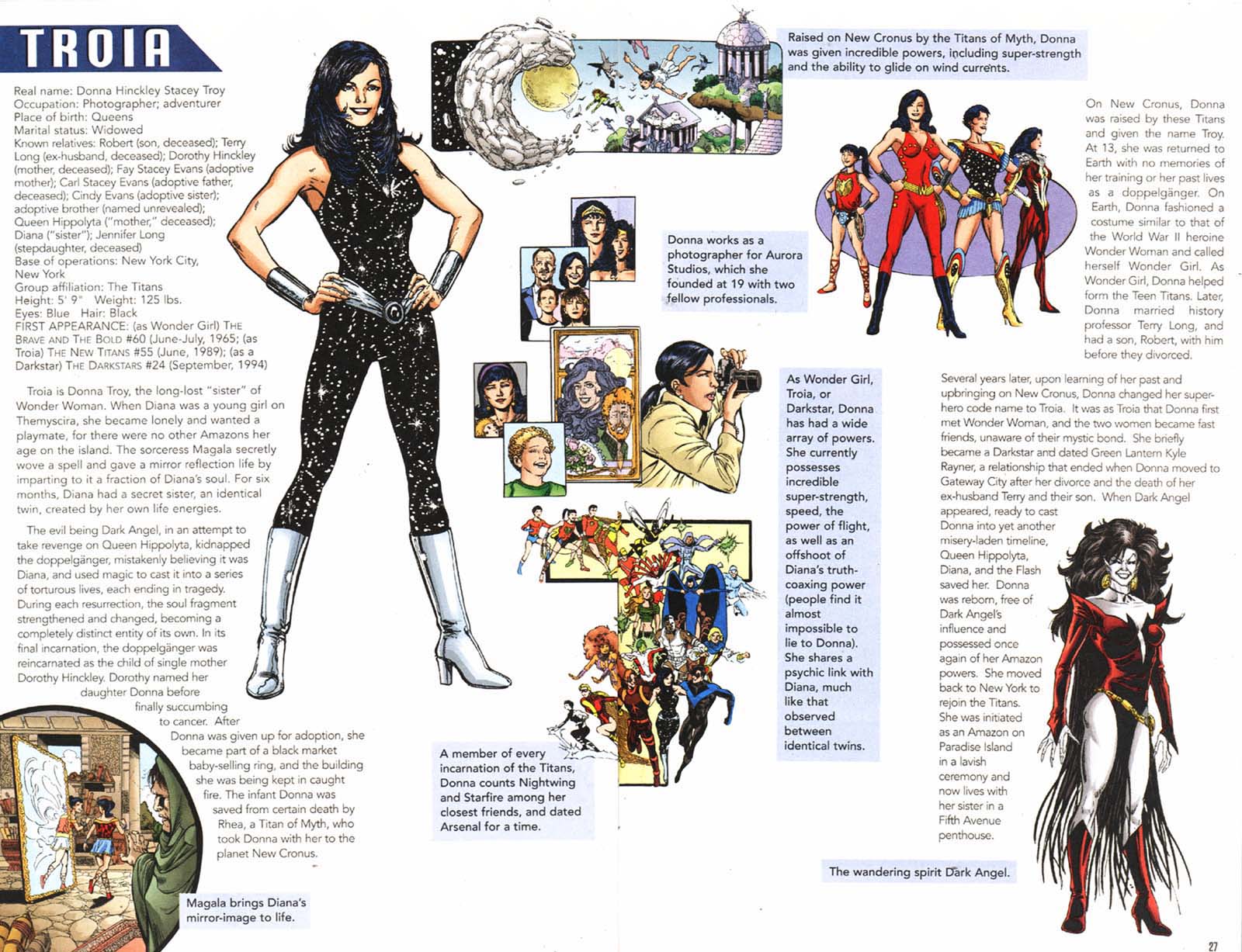 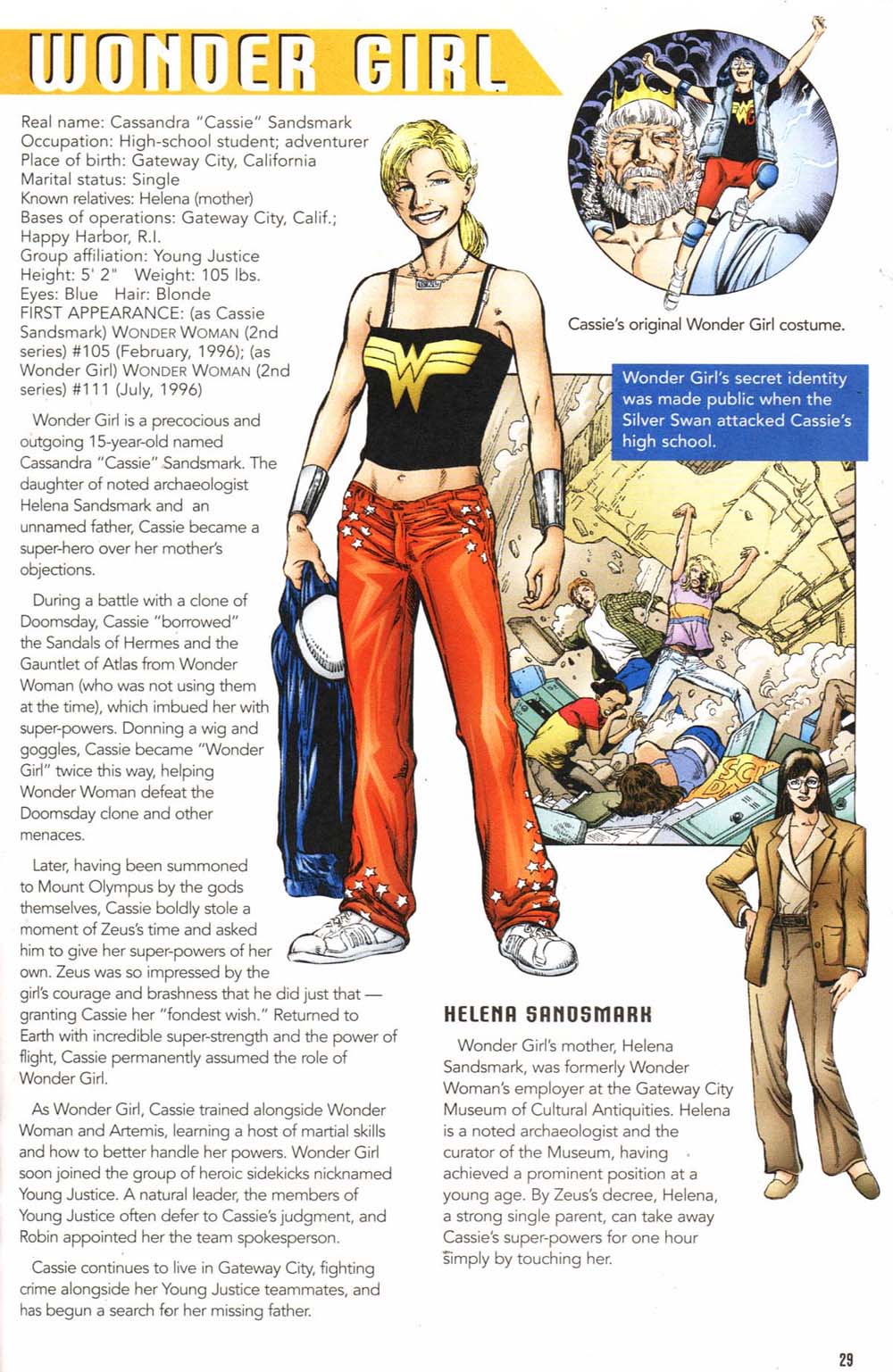 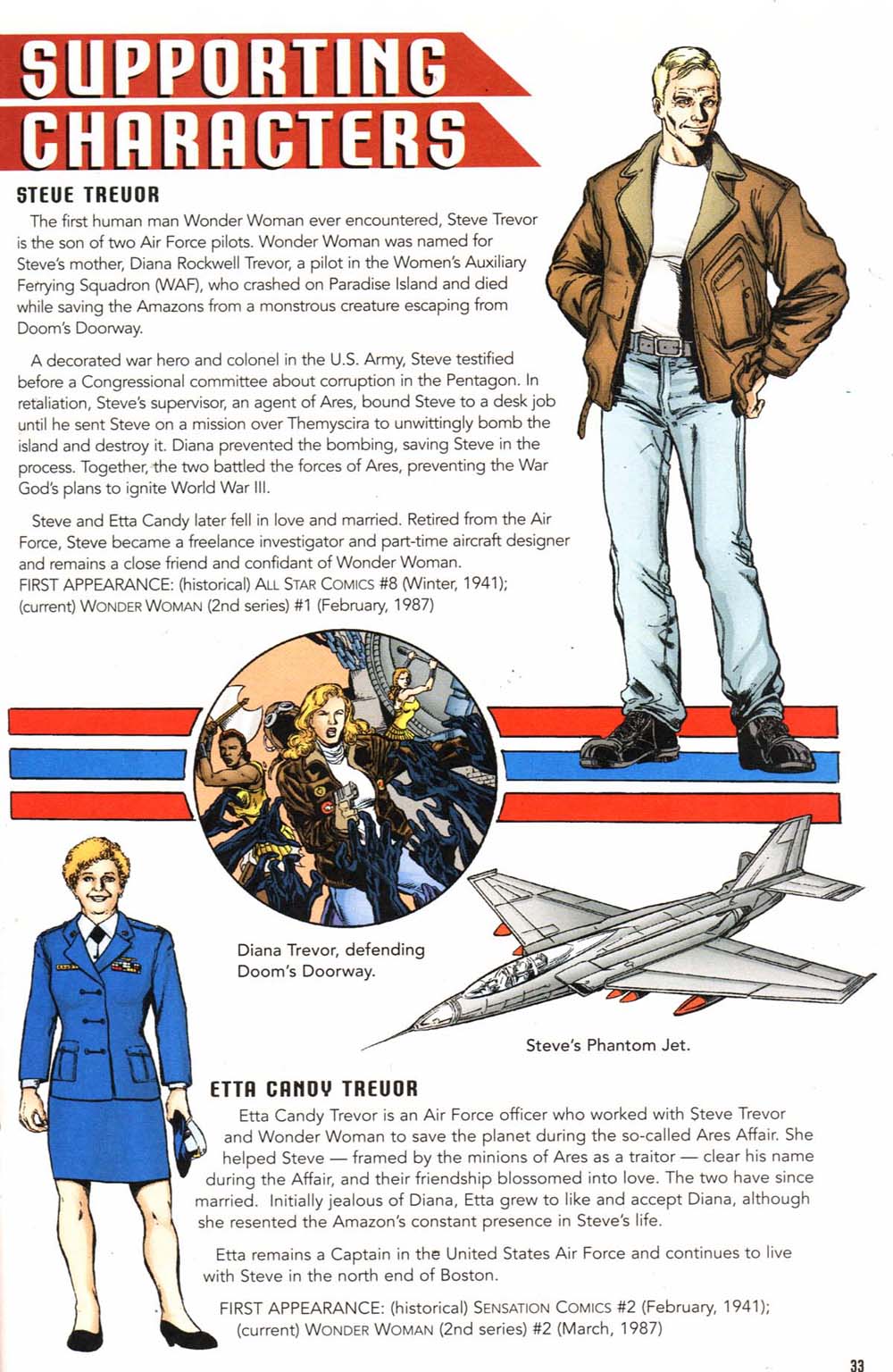 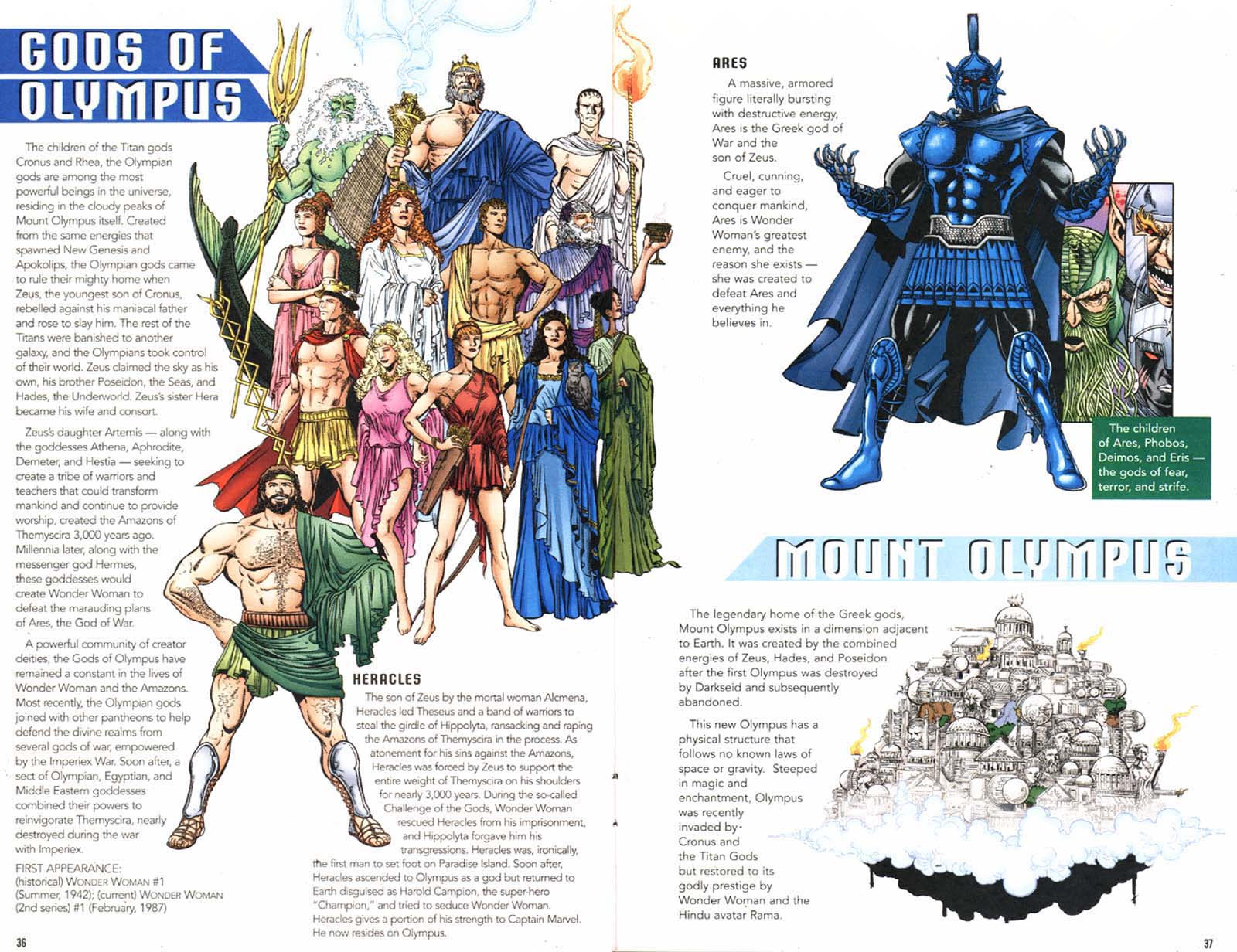 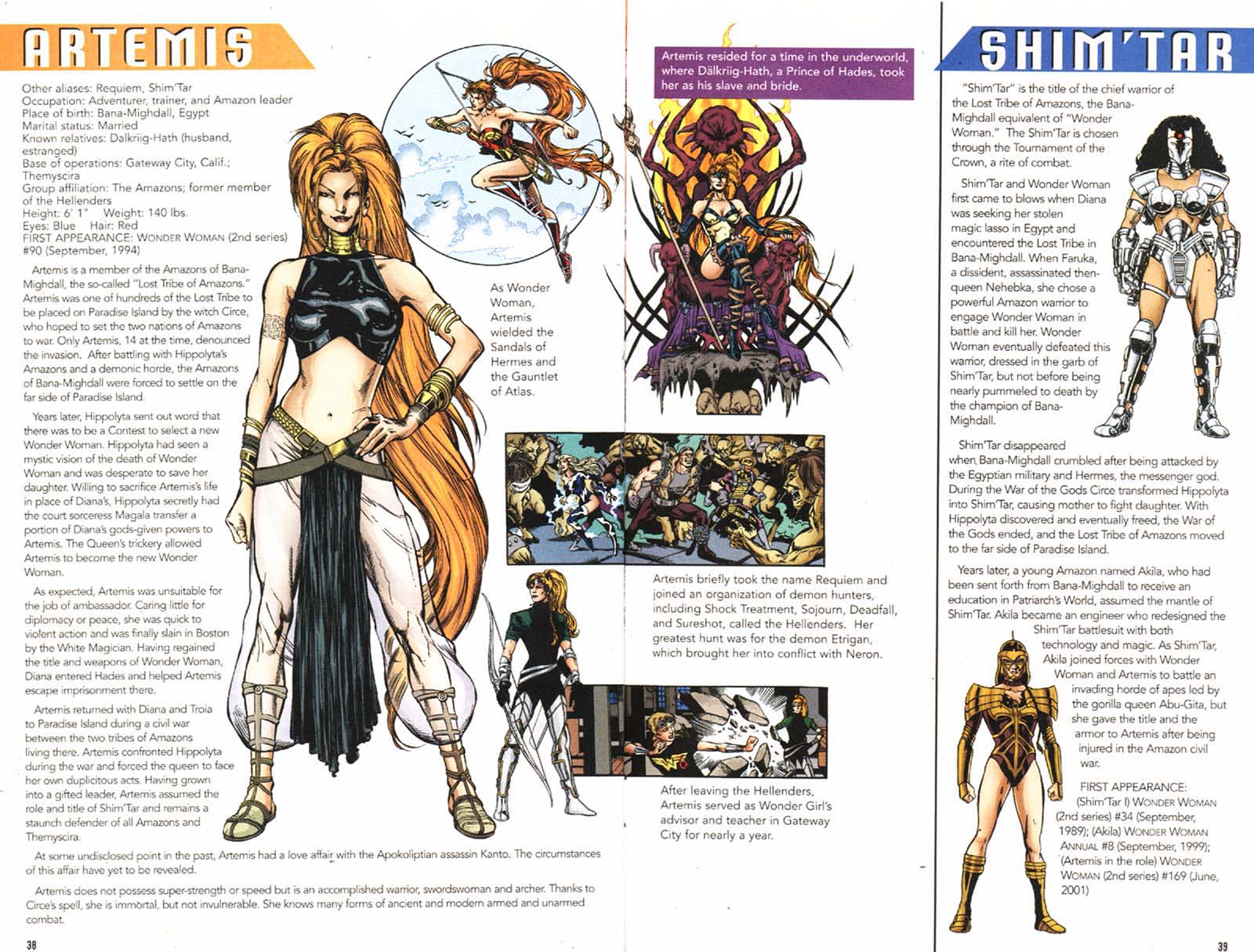 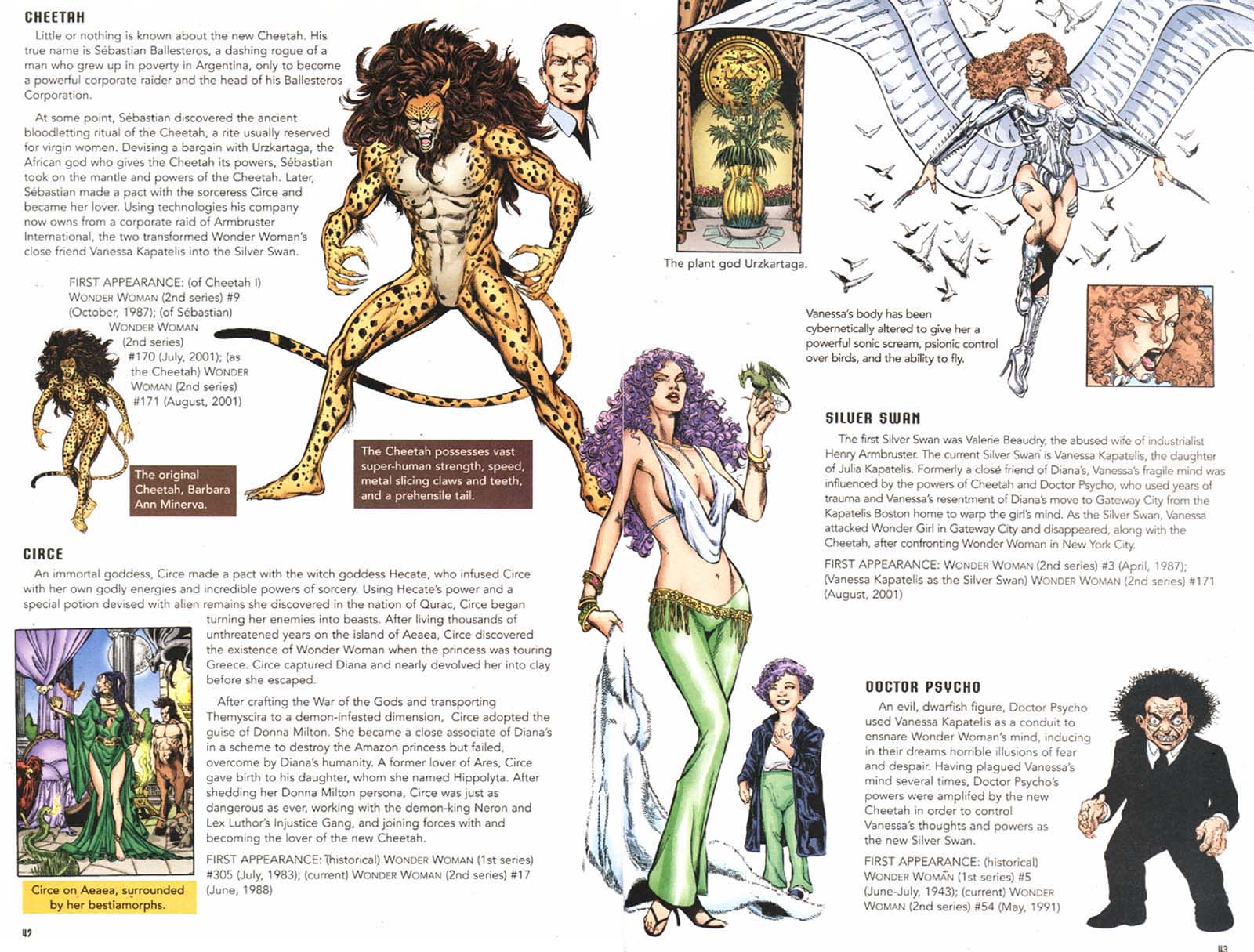 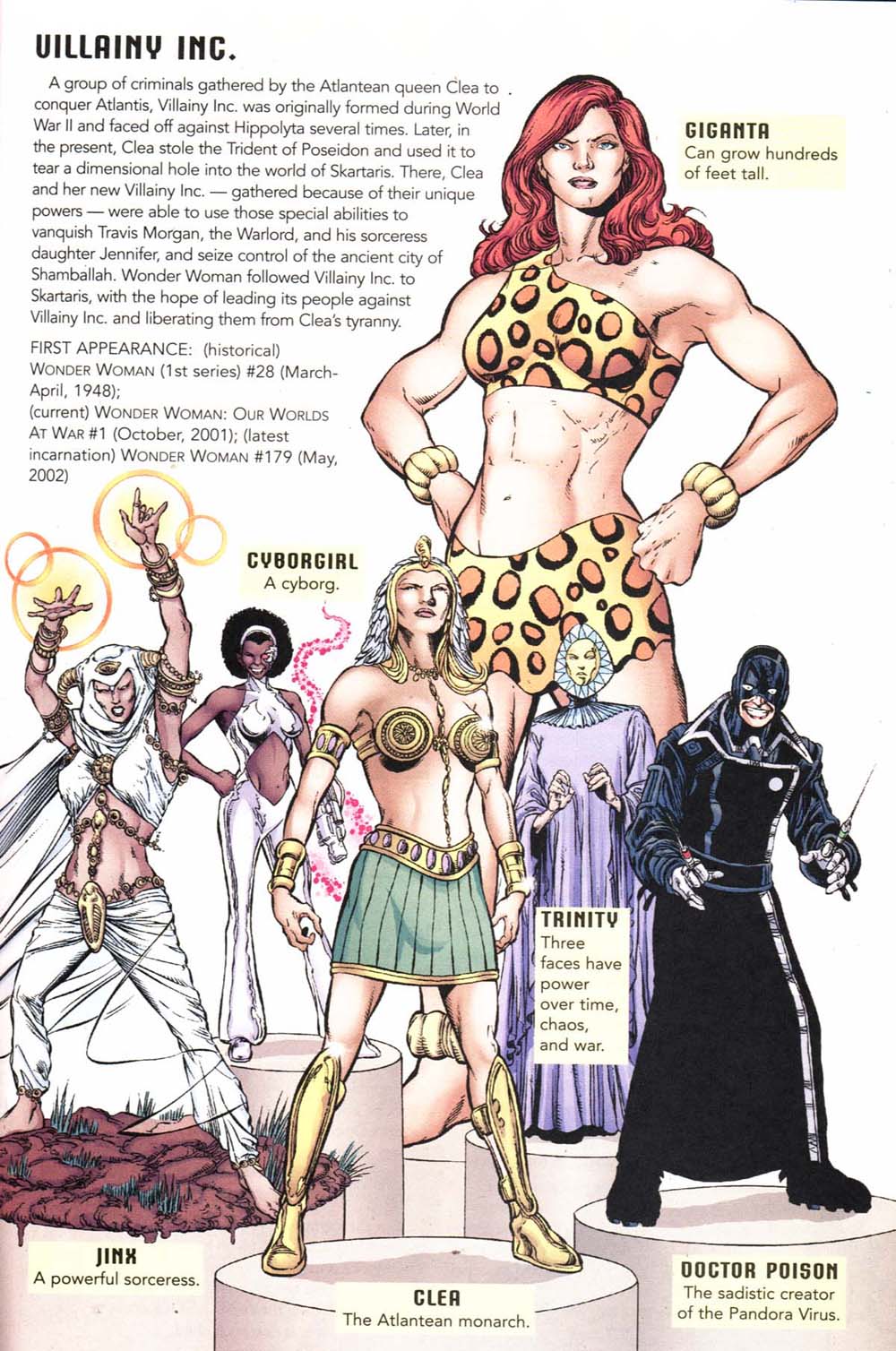 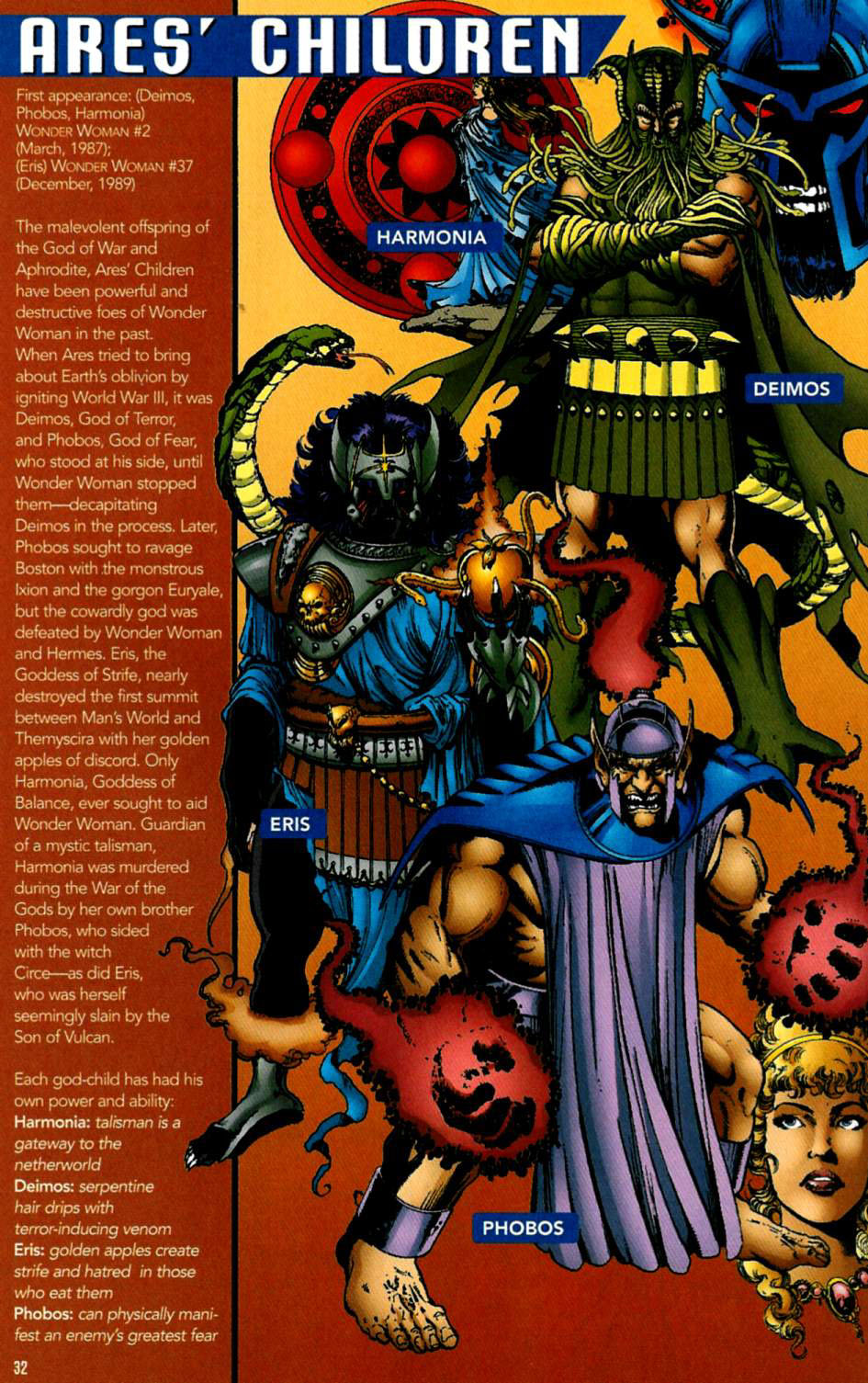 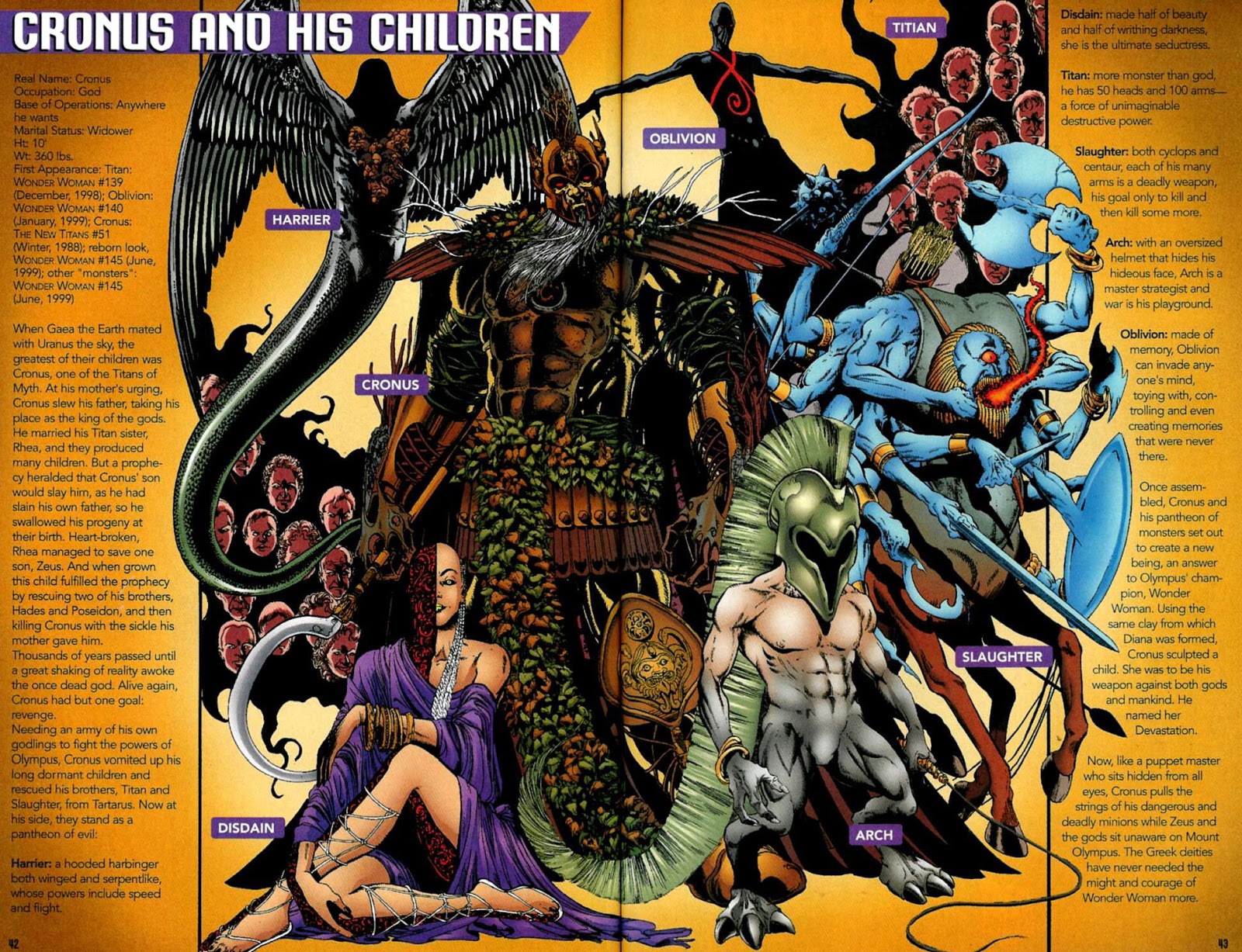 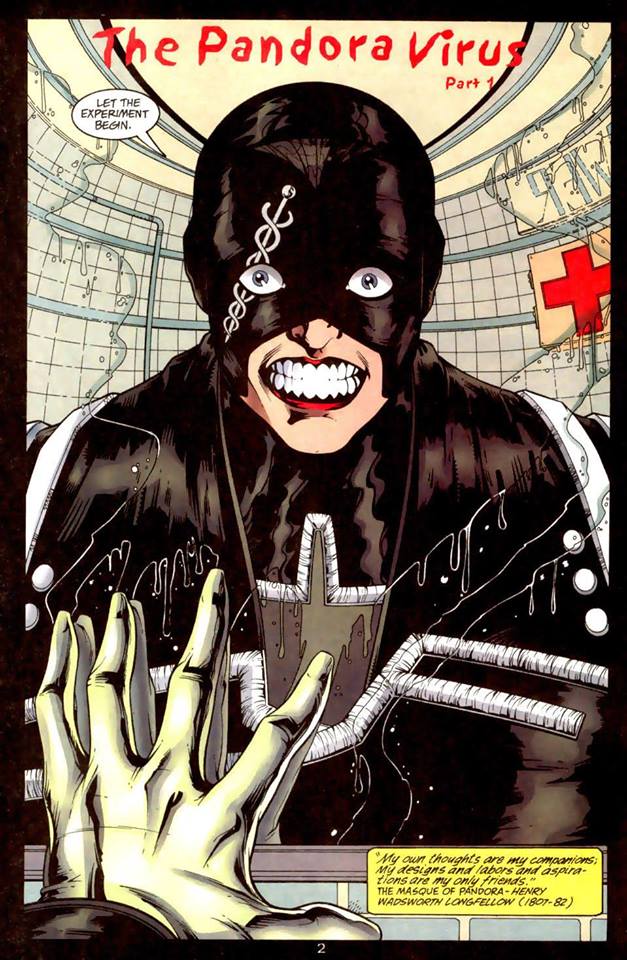 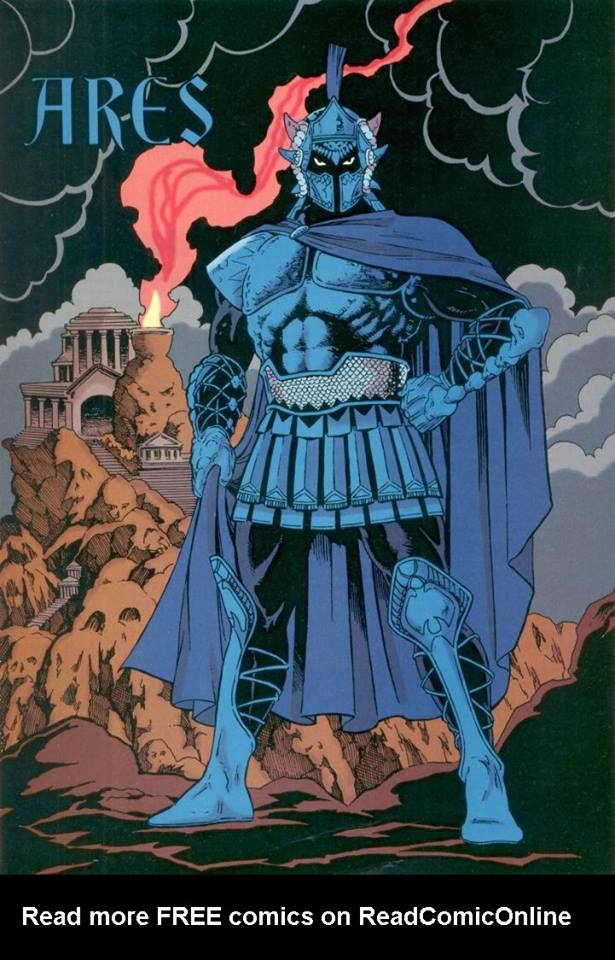 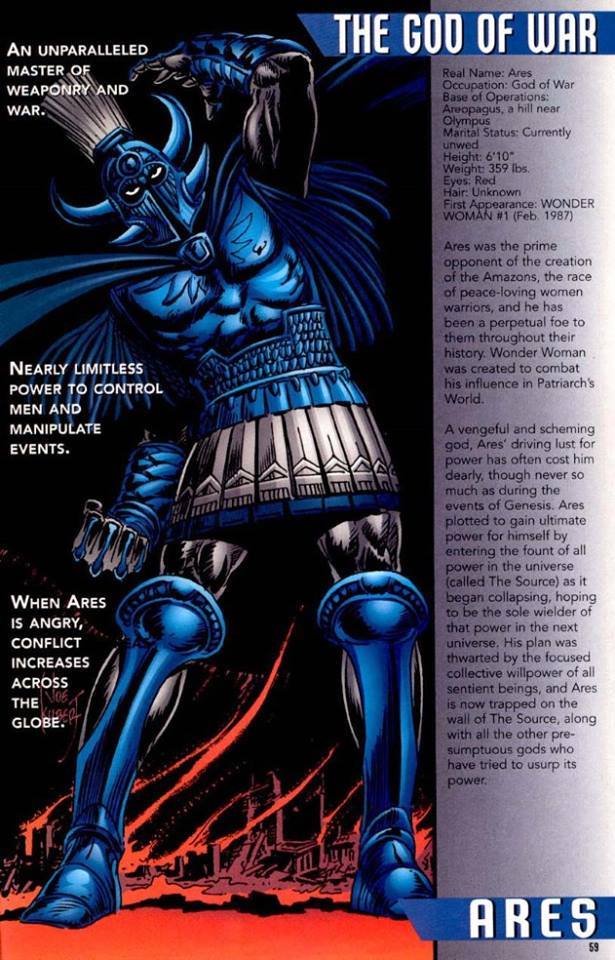 Wonder Woman and all related characters and elements are TM & Copyright (c) DC COMICS, INC. All other contents retain copyrights of their respective owners. Articles and images found on this fan site are exclusive properties of their respective owners and authors. Wonderverse does not claim ownership of these articles and images unless otherwise specified. This is just a fan/ tribute site which is in no way making any money or distributing any material to infringe with the copyright holders. This is a Fan/ Tribute site intended to present the news for enjoyment of Wonder Woman Fans. If you have any questions, e-mail us at: raffya@yahoo.com

BACK TO HOME PAGE